To some of us, farkeling the bikes are half the fun. Adding auxiliary electric equipment such as extra light, extra horns etc. is quite popular addons.

In order to control the aux. equipment the old school extra switches on handlebars doesn't cut it on a CANbus bike such as the newer BMWs.
Several options for controlling extra equipment by means of sniffing CANbus and thereby using existing switches to control additional equipment, however most of them have preselected switch combinations that may be used to control your equipment, and frankly, most of the time this will cover the needs. And the settings may be tweaked using an app on your smartphone.

However, if this doesn't cut it, there is one more option, the CANswitch. 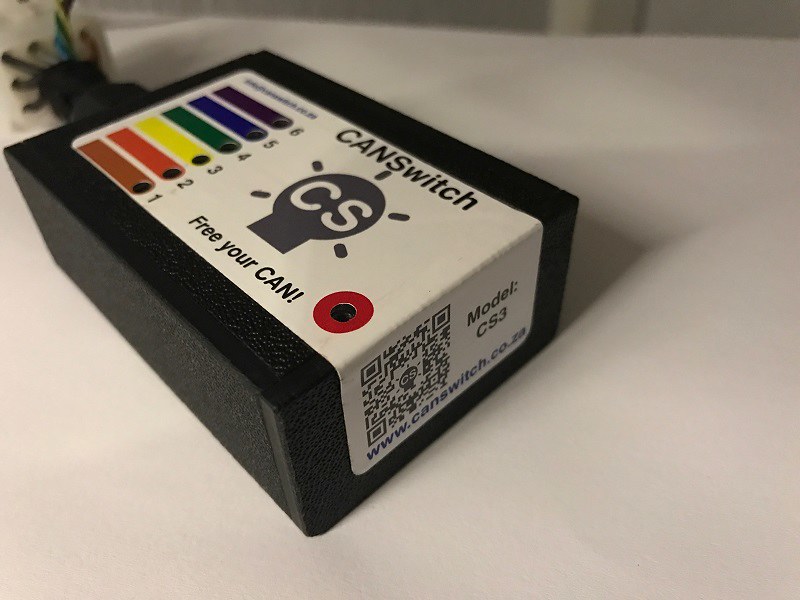 CANswitch started it's life as Smartswitch and was developed in SouthAfrica.
As of almost a year ago, CANswitch has been transferred to BlackBird Moto in USA https://www.blackbirdmoto.com/, including sales and support.

Soo, why CANswitch?
It differs from the rest by it's ability to a more extensive ability to control your equipment. You may still use it by tweaking the preselected functions on your phone. But you may also go all the way, using their Windows 'CANswitch LadderBuilder', downloaded for free from their website. 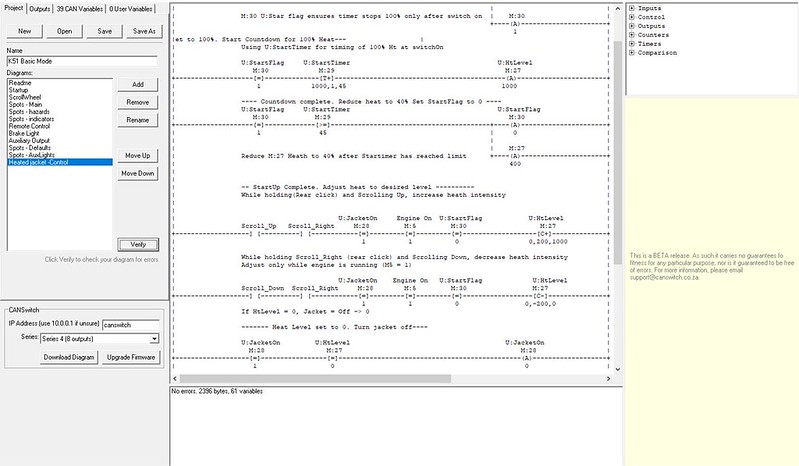 Then you download the settings to your bike using WiFi.

Rather than covering all aspects of the CANswitch in one blow, I will respond to questions and suggestions as they come up in order for this post to be relevant.

As an example to what extra I have done to my own bike, in addition to using the CANswitch to control the Aux lights on my GSA, I use it to control my heated jacket by using the wonderwheel and controlling my garage door opener by double-clicking the ABS switch.
Top

They are known for having some great ideas Knut, I have been watching their website for a while, pretty hard to get your hands on one, unless you are on the waiting list, they seem to sell well, I like both of their products, the wonderlink is also quite handy for those that would rather use an old phone for navigation.

Bigtune wrote: ↑
05 Dec 2019, 08:54
They are known for having some great ideas Knut, I have been watching their website for a while, pretty hard to get your hands on one, unless you are on the waiting list, they seem to sell well, I like both of their products, the wonderlink is also quite handy for those that would rather use an old phone for navigation.

I have not dealt with the new owners, Blackbird Moto, only the person in South Africa that started it. He had the units assembled by some external company, and he bought in small batches at a time. During the last few years I have ordered 4 units, and for 3 of them I had to be listed. The waiting time was a few weeks. The listing was explained to me in advance, and he kept his promises regarding waiting time. I have only positive things to say about him. I use the word 'him' since I got the impression that I dealt with a 1 man business.

I think that if someone wants a CANswitch delivered yesterday, they will be disappointed. However, if willing to wait a few weeks, they will be rewarded with a very capable controller, with abilities way beyond anything else. But in order to take full advantage of it's capabilities it takes some efforts compared to the mainstreams units.
It's not difficult as such, but some programming skills will be handy. Hence my posting here. The PLS way of programming (Programmable Logic Controllers) is different to regular stuff, so a bit of 'start up help' may make a huge difference.

My ambitions for this postings is to share my experience regarding programming the CANswitch, as I think it's wonderful.

Blackbirds Wonderlink seems to be a clever idea, and some day I may give it a try.

Thanks for that info Knut, and nothing better than supporting innovation, and certainly if it is a one man band, even more so.

Return to “KNUT CORNER THE MACGYVER”